Member, Board of Directors 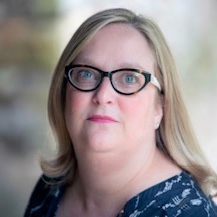 Paula Garrett teaches “American” literature, interrogating assumptions about identity in national literature. She also teaches queer and southern literature and tries to offer insights into literature by writers of color. She presently serves as chair of the Department of English, returning to the classroom after having previously served for a decade as Vice President for Academic Affairs and Dean of the College at Warren Wilson College in Asheville, NC.

Prior to moving to the mountains with her wife, Donna Read, she taught English and American Studies and directed the Writing Program at Millsaps College in Jackson, MS. Paula holds a B.S. Ed and a Master’s in English from Baylor University and a Ph.D. in English from Louisiana State University.

She and Donna have a teenage son, Read. Paula is an avid cyclist, a voracious reader, and a serious football fan.